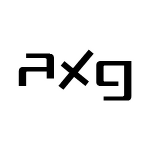 We're excited to have DS Fantasy Eurovision Wiki as part of the Wikia community! There's still a lot to do, so here are some helpful tips and links to get your wiki going:

All of the above links are a great place to start exploring Wikia. If you get stuck or have a question you can't find the answer to -- please contact us here. But most importantly, have fun! :)

I have an idea

Can you remove my block that was made by your abusive local boss on Logopedia? I can't undo it and I need help with it since it was only made to accuse me of those behaviors I have not done in anyway.Muzzarino 06:18, June 27, 2016 (UTC)

As for your adminship, I've asked the staff to restore it after they fire Digifiend from his position.Muzzarino 13:16, June 27, 2016 (UTC)

Let's not jump to conclusions just yet. I don't think this is something Digi would do deliberately without a valid excuse. He's been a great admin and it might be that some deranged loonatic just compromised his Wikia accounts and went off the wall with this act of revenge on us. It's a wonder not all the admins were targeted. I hope this whole mess gets straightened out as soon as possible. Snelfu (talk) 15:19, June 27, 2016 (UTC)

And of course Neilman102 has posted an insult on your talk page after he was disallowed on Logopedia. He sure isn't going to get his way by the damage he caused on Logopedia for the sudden hack.--Muzzarino 14:47, August 7, 2016 (UTC)

(Hey! Why did you block me out at Logopedia?)

Hi AxG thengp12 here. Lisa.B would like to know whether you are going to compete in DSFE 90: Gaesti. She needs toknow now so she can open song submission. Thanks

It's going ok - I'll remember the contests played from now on.  Do I need to go back and do the ones I've already done or have you picked them up already?  I got stuck on Algeria and the Did No Participate bit! Took me  while to figure out that I had put Gaesti in the code with all the accents in it! Figured it out eventually.  Will speed up a bit now I am used to it a bit more.

I know - I'm an odd duck! I have the two windows open so I just found it easier to back a couple of pages to the main countries page and go down alphabetically! Maybe it is easier your eay, I don't know.

There is something going on with the Kazakhstan page?  I copied Le Hurel in and made it Esch, did everything I've done with all the other pages, but it won't let me remove the extra points column at the end?  I've had to leave it in so it doesn't look funny.  Can you have a look as I have no idea what is wrong.

Thanks - and I've just figured that out!  All of the others up to now I thought were CTableLH but thanks again anyway.  I'm off to do some shopping but will carry on later today.

I am sorry to bother you here but can you please remove my unrequired block from Logopedia, thank you. My actions do not warrant blocking and I feel the Wikia needs my input, thank you. PS you know who has been spreading lies about me to about Admins, can you please warn them about this, thank you once again. SouthernDesign (talk) 17:42, September 25, 2017 (UTC)

How is it vandalism

Hi Im Mad Hatter1998 and I just don't understand how what im doing On Logopedia is vandalism when im simply moving some logo to there own page like for example Nickelodeon has a separated long history from Pinwheel so it deserve it own page if were going to combine history then how about we combined the logo history of 20th Century fox, Fox Films and 20th Century Pictures or even The History of ABC Spark and Dust heck or even the history of OWN: Oprah Winfrey Network and Discovery Health for that matter there a reason why I want to separated the history when there is a name changed because they have there own history with there own logo but you know what I can always created my own history logo wikia and do it my way and I wont block people for stupid , ignorant reasons like just simply moving some logo to there own page.

NewYorkCity101 just blocked me for infinity on Logopedia just because I tried to start a civil discussion about the Oxygen page. I don't think I did anything wrong that deserved a block and I think he's overreacting about it. I think he's abusing his power as an admin for blocking me infinitely for something so small, so can you please talk to him for me? Because he took my talkpage abilities away from me. Please help me. I need this. Tjdrum2000 (talk) 16:59, January 20, 2018 (UTC)

Just unblock me out at Logopedia Wikia. Please? I'm sorry and I won't kill everybody again. I don't want to be blocked with an expiry time of infinite.

Will you unblock me on Logopedia

Will you unblock me on Logopedia

Thanks for posting on my talk page.

I have in fact been following you (well, on Wikia, as if it was in real life that would be rather creepy...) since 2011, and have realised you do A LOT of wikis, especially Logopedia (I have been watching that since 2011).  So I commend you for that.

Retrieved from "https://dsfe.fandom.com/wiki/User_talk:AxG?oldid=69867"
Community content is available under CC-BY-SA unless otherwise noted.